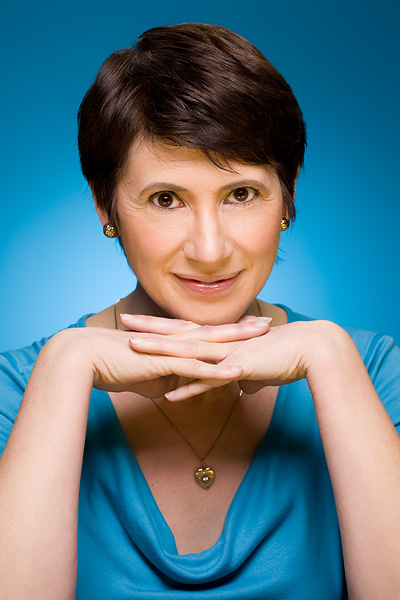 DC’s Sally Martin has had quite a year: she’s released a terrific CD, Another Time, Another Place and has had great concerts at the Corcoran, the Corner Store, and the Lyceum.  Next month she appears at the German Embassy and Germano’s in Baltimore.
And we are fortunate that she agreed to do an interview for this blog!
1. Please describe a “perfect” cabaret experience that you’ve had.
A “perfect” cabaret experience was last year at the Corcoran Gallery of Art—the CD release concert for my new album”Another Time, Another Place,” with James R. Fitzpatrick, my musical director, and Deborah Brudvig on cello. I felt completely “in the moment” throughout the show and even though I’d felt extremely pressured and stressed ahead of time to finish the album, when that night arrived we really took our time and just celebrated the music, and James’ great arrangements! Both James and Deb are a joy to work with.

But I’ll add a word on “perfect” cabaret experiences– sometimes, even when all the elements are in place, something doesn’t quite click and the magic doesn’t quite happen. Conversely, unexpected elements can come together and surprise you. Last February James and I did our “Parisian Valentine” show at “The Corner Store” on Capitol Hill, a small art gallery and concert space run by artist Kris Swanson and her husband Roy Mustelier, both great community arts patrons.I’d never performed there before so I wasn’t sure what to expect. We worked with only a keyboard; the place was jam-packed with people on narrow seats, but there was just something about our mood, the audience, the material, and all of Kris and Roy’s efforts with lighting and sound that just produced a perfect blast of an evening.

2. What is a recent song you’ve been struggling with?  Have you won yet?
Both James and I struggled for over a year on our interpretation of “America” by Paul Simon, on the new album. We performed it several times before we recorded it, but the final version only emerged in the recording studio– a completely different, jazzier feel than how we had been doing it it, but one with more urgency, more of a political undertone. I’m very happy with it now– and it’s been picked up by XM radio!

3. The relationship between a singer and the musical director really is a “cabaret marriage.”  What are the keys to making the marriage work?  And for the times you need to work with a surrogate, what are the steps you take to get quickly on the same page?   For the past four years, James Fitzpatrick and I have been collaborating very closely.  We co-produced the new album, and he was like a steady beam of light guiding me through the process. He’s a great friend, fabulous arranger, and has an instinctive feel for how to program a show– he’s absolutely brilliant at that. The keys to making it work–trust, respect, and clarity.  Trust– that there’s a mutual emotional and artistic commitment to the collaboration and making it work; respect for each other’s ideas and feelings and being comfortable enough to say which ideas you like and which you don’t. Clarity– as in a regular marriage, you both need to be clear about the financial side of things and your professional expectations, and be able to talk about that.

When I work with someone else,  the watchword for me is preparation before I rehearse. I try to organize the music and arrangements as much as I possibly can, get it to the pianist ahead of time, and before we start rehearsing, go over what we want to accomplish in rehearsal and what’s the highest priority. I also try and be open to the new pianist’s different styles and riffs and new ideas in the context of my arrangements, which can make it a positive collaboration. It’s also important to be somewhat flexible with your repertoire so you can add or take away songs in a show in a way that uses the surrogate’s strengths best.

4. What is a particular image that you can rely on to be an effective sense memory when you’re performing?

Images of my two children. For a while in one of my shows I sang “My Best Girl” from “Mame”, addressing one verse to my daughter and one to my son, and I used to teeter on the brink of tears every time I sang it. But that’s the place you’ve got to go even though it’s scary.  So thinking of them is an instant emotional touchstone for me.

5. What is the most pressing need the world of cabaret has today?

Cabaret faces the same needs that every type of live entertainment faces in this electronic world– building new audiences; continually upgrading the marketing and finding new channels; finding venue owners who are interested in more than just making a buck. I think it’s great that many theatres have added cabaret series, though we need to get the message across to theatres that cabaret is more than just individual songs “acted” and belted out by musical theatre performers. Cabaret is a narrative; an arc; a window into the performer‘s essence that the audience can then relate back to itself (but not so much of a window that it’s a self-indulgent form of therapy. ) Its beauty is that it can encompass so many styles if done well, but then that can also be its weakness– that it can be endlessly redefined until people don’t know what it is anymore.

+1 I know you’ve been teaching/coaching a lot recently.  How has that impacted your performing?
I’ve been teaching for several years now — both vocal technique and interpretation. It’s been a revelation to me– I love it. I love the challenge each individual student presents and how rewarding it can be to help them rediscover a voice they didn’t know they had or haven’t used in a long time. For more experienced singers, I love the give-and take of working on interpretation.  I learn from every student. My own teachers over the years have run the gamut from absolutely terrible to fantastic, so I’m hyper-aware of my responsibility as a teacher. In teaching you have to break down all the elements of singing and presentation and interpretation in order to explain them; that in turn makes me more able to do that with myself and it’s made me a more consistent and empowered performer.

This entry was posted on Wednesday, September 10th, 2008 at 2:15 am and is filed under Diva 5+1. You can follow any responses to this entry through the RSS 2.0 feed. You can leave a response, or trackback from your own site.